as a sever for my depertment. SuperMicro series are better than HPE series for me, because of following reasons:
Update procedure of 1018R-WC0R is following.

At first, I dowloaded the BIOS from supermicor's WWW site and I checked its release note.

They requre a DOS bootable USB memory, so I used Rufus:

After booting from the USB memory, I submitted the dos command as following: 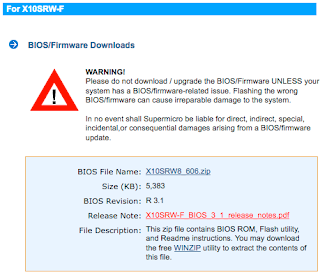 
In no event shall Supermicro be liable for direct, indirect, special, incidental,or consequential damages arising from a BIOS/firmware update. 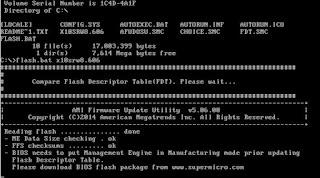 
What is all of this OF, FDT, UEFI and ACPI about?
https://www.embedded.com/electronics-blogs/virtual-prototyping-tales/4429788/What-is-all-of-this-OF--FDT--UEFI-and-ACPI-about-